How to tap trees, collect sap, and make Maple Syrup

Sugar Bush: The stand of trees that are tapped for sap to make Syrup

Sugar Shack: A little shelter where the sap is boiled down to Syrup.

Quick version: Maples, Birch, and Box Elders (amongst others) create a clear water-like sap in early spring or late winter and this can be collected and then boiled down to make delicious natural Syrup. Tap the tree, collect the clear sap in buckets, boil it down to 1/40th of the original volume, into syrup, enjoy!

For more instructions please continue below, and read a book on it! I recommend "Wild Sugar, The Pleasures of Making Maple Syrup" by Susan Carol Hauser. 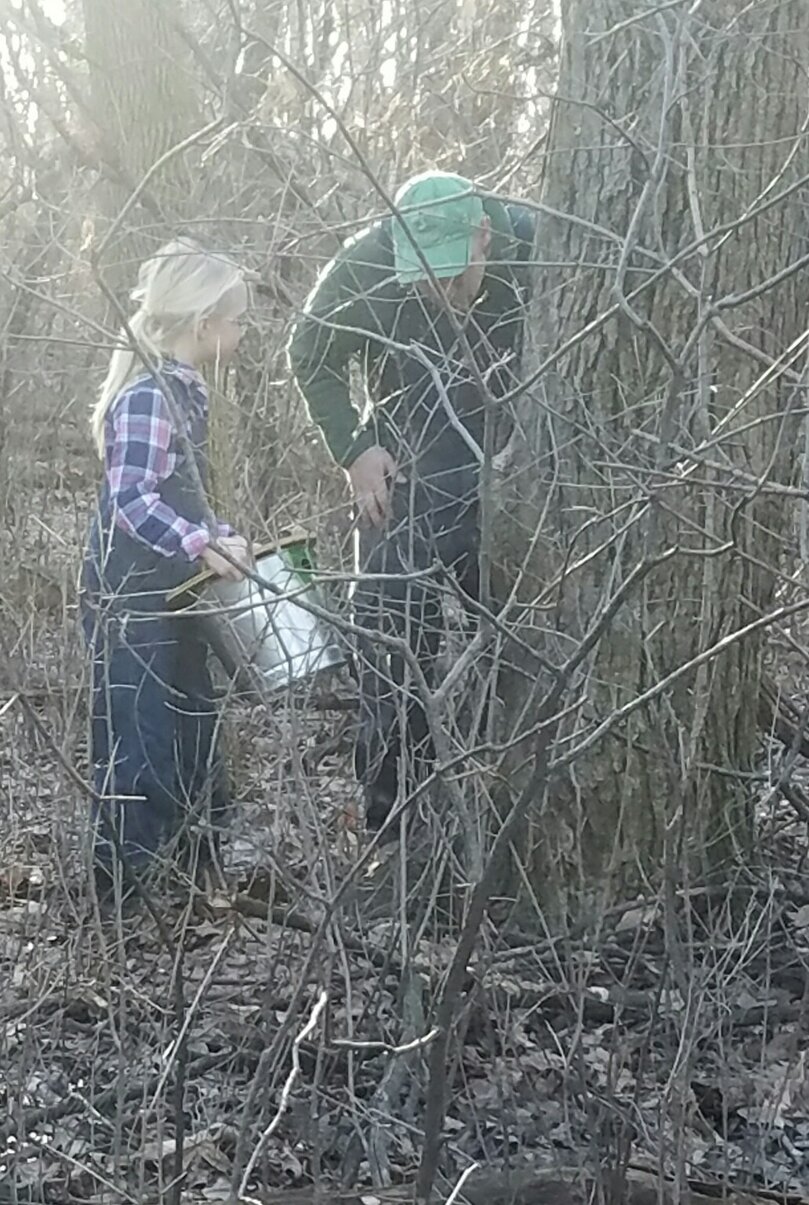 Step One: Be prepared: Before the daytime temperatures rise above freezing, be sure to collect the following equipment: 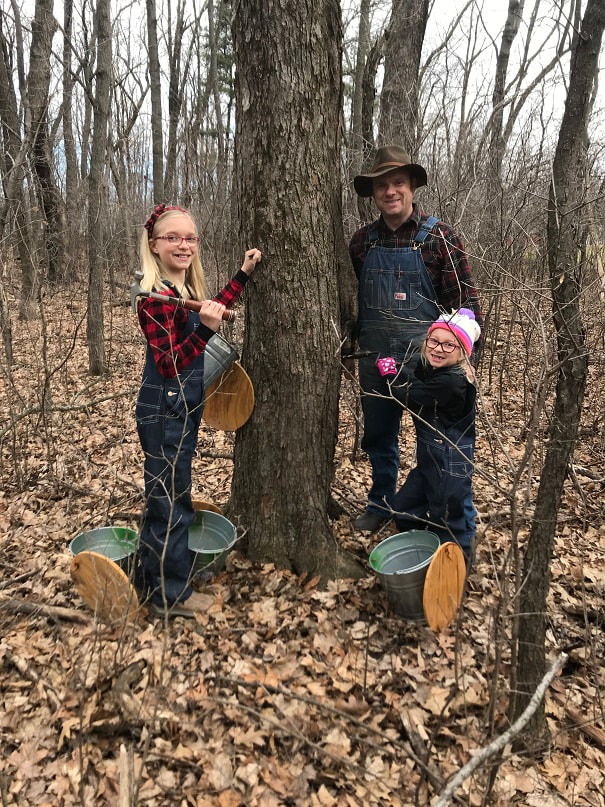 Tapping Maple Trees in Wisconsin.
Step 2: Sap flows when it is freezing at night and warms above freezing during the day. This is in late winter early spring and the sap runs for a couple weeks. It is clear and fluid like water when it comes out of the tree. When these conditions arrive take your buckets and spiles and head out into the Woods. Drill holes 1.5-2" deep at a slight upwards angle so the the sap drips slightly downhill out of the spile. The hole should be slightly smaller than your spile. Do not tap trees under 1 foot in diameter. Use only 1 spile per tree, unless the tree is huge, in which case 2 spiles could be used, but how about we just keep 'er at 1 per tree. 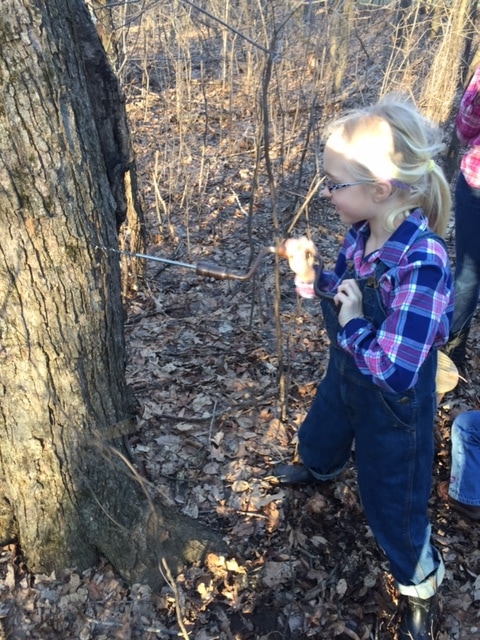 Step 3: pound in the spile, firmly, but not so hard as to split wood. 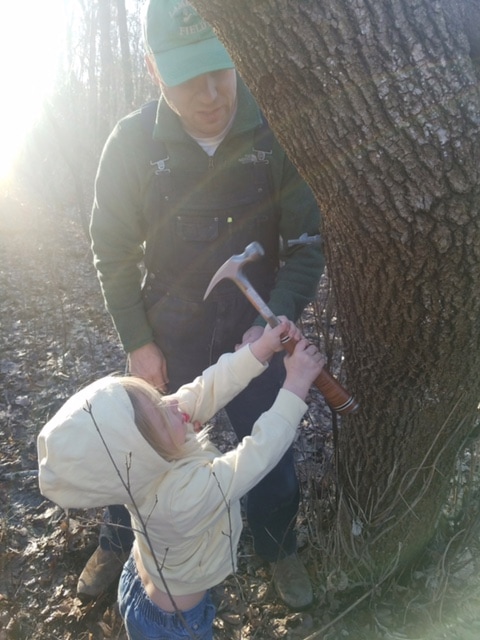 Step 4: Hang the buckets on the trees 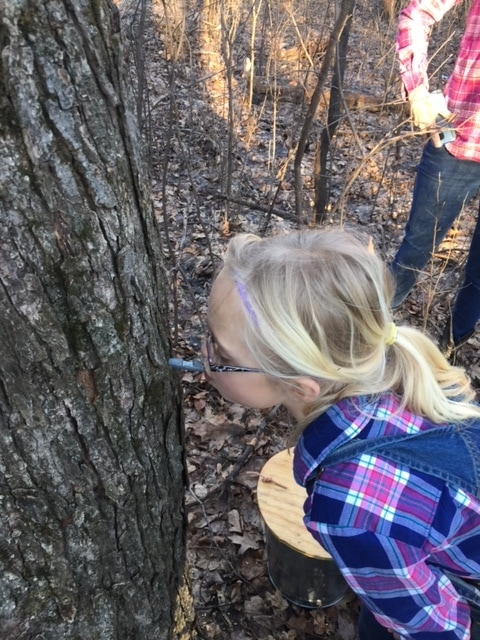 Fresh sap from the tree! 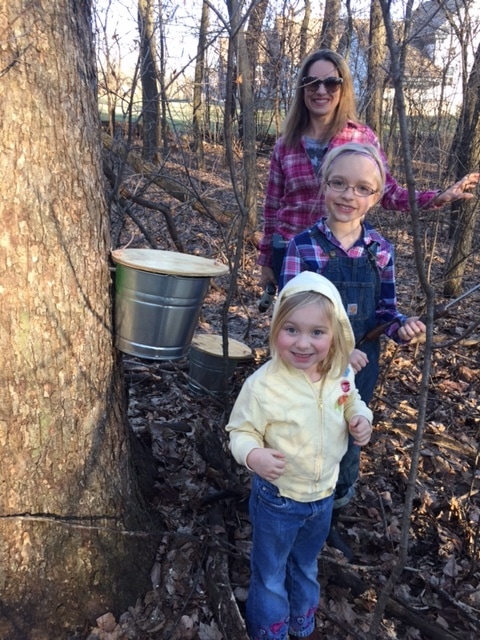 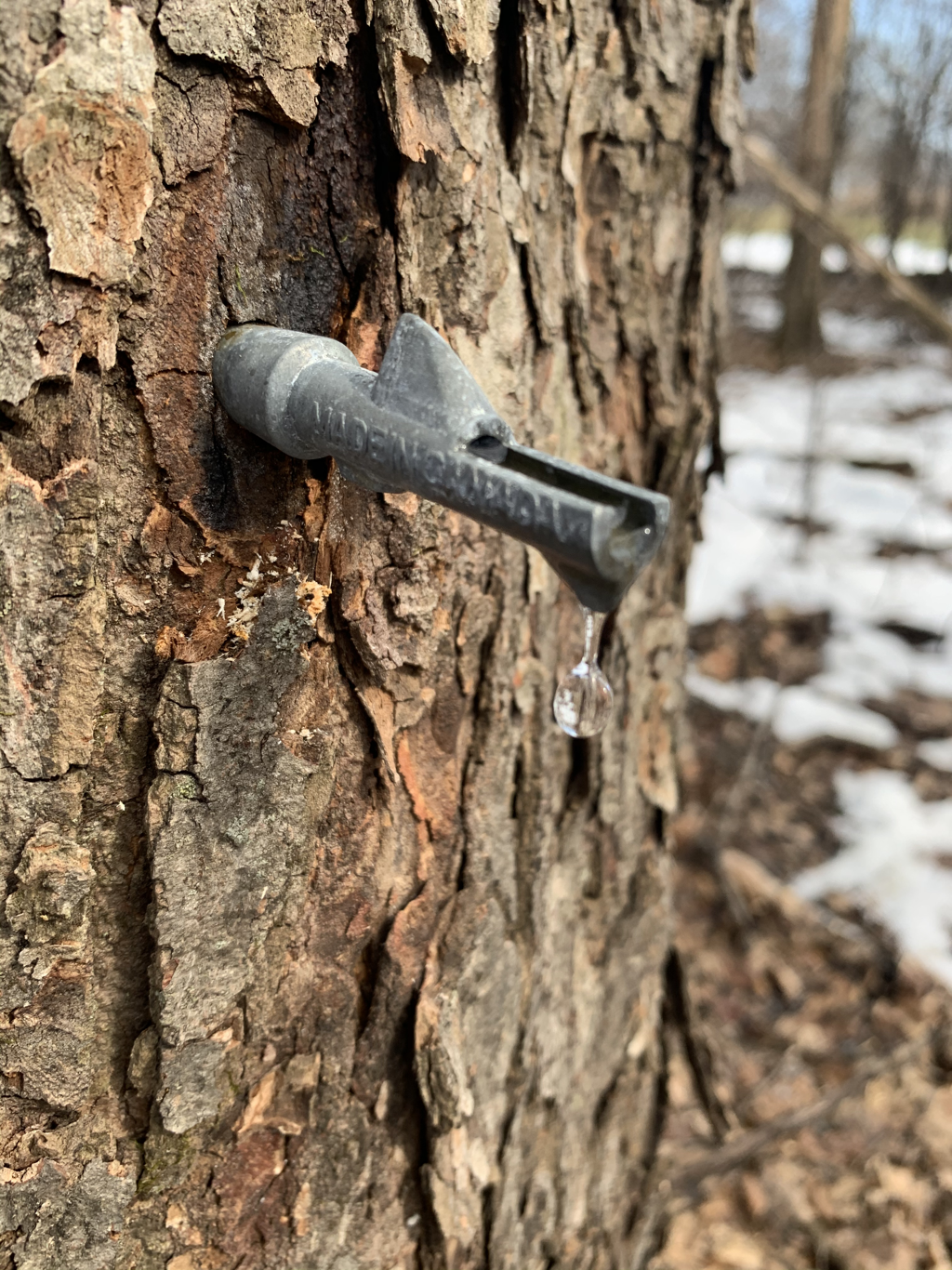 Step 5: Let the sap flow and fill the buckets, they may fill in less than a day if it's really flowing.  Sap from the tree will be vry liquid, like water, and will be totally clear like water.  It also will not taste very sweet.  Only after boiling it down, ALOT, will it darken to an amber color and take on the wonderful Maple syrup sweetness.

Step 6: Collect the sap in a big pail and head to the sugar shack!.....transfer it to a big kettle for boiling. Boil the sap down, for 4 gallons of sap this will take half a day or so. If you have a cheap source of firewood, that would be a cheap way to boil. Stove top would create a lot of sappy steam in the house so this is a job best done outside. You can see a propane burner being used below, with a wheelbarrow to block the wind.  Wood would burn a little dirtier but would be cheaper if you have a cheap wood source. 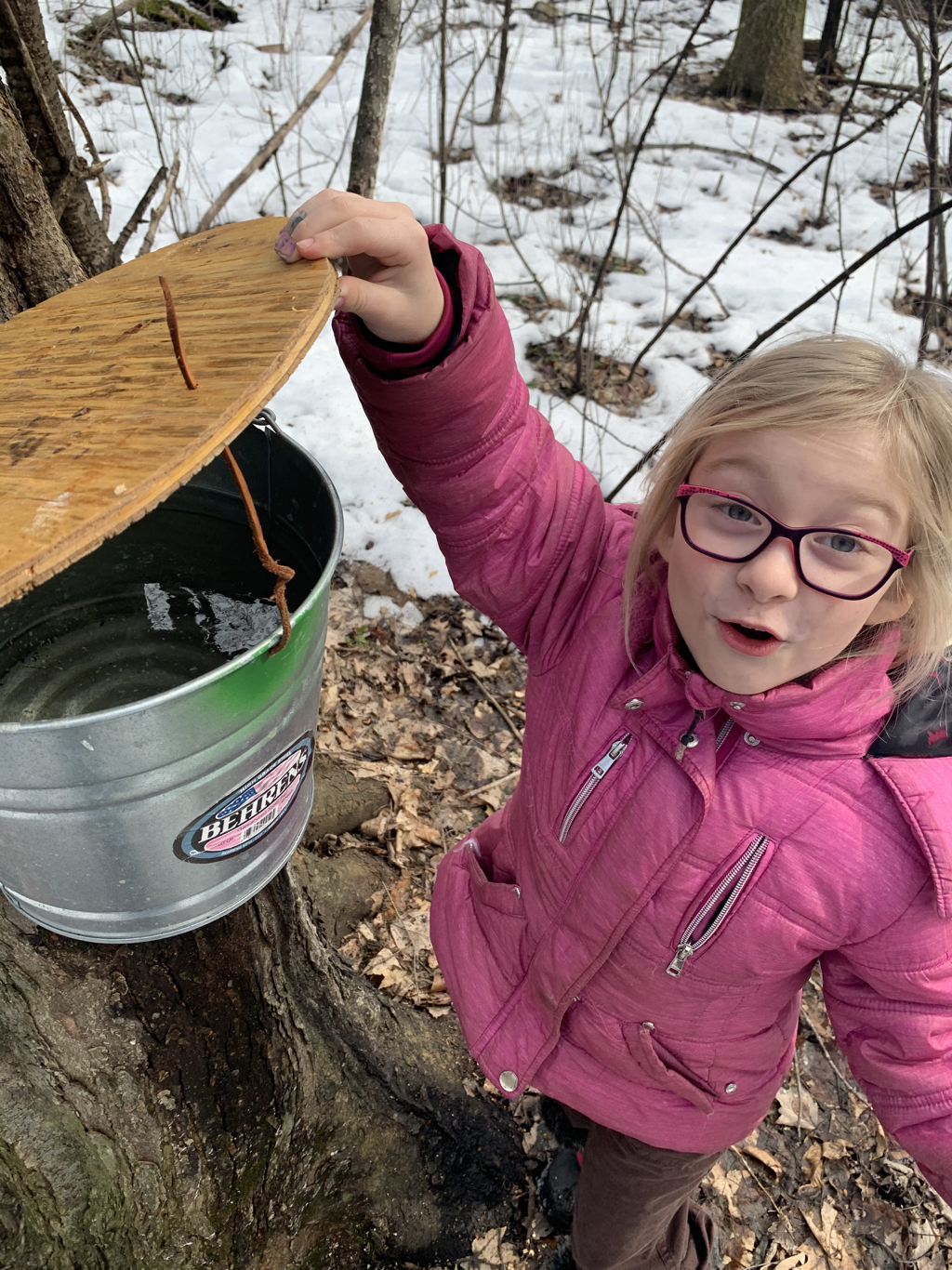 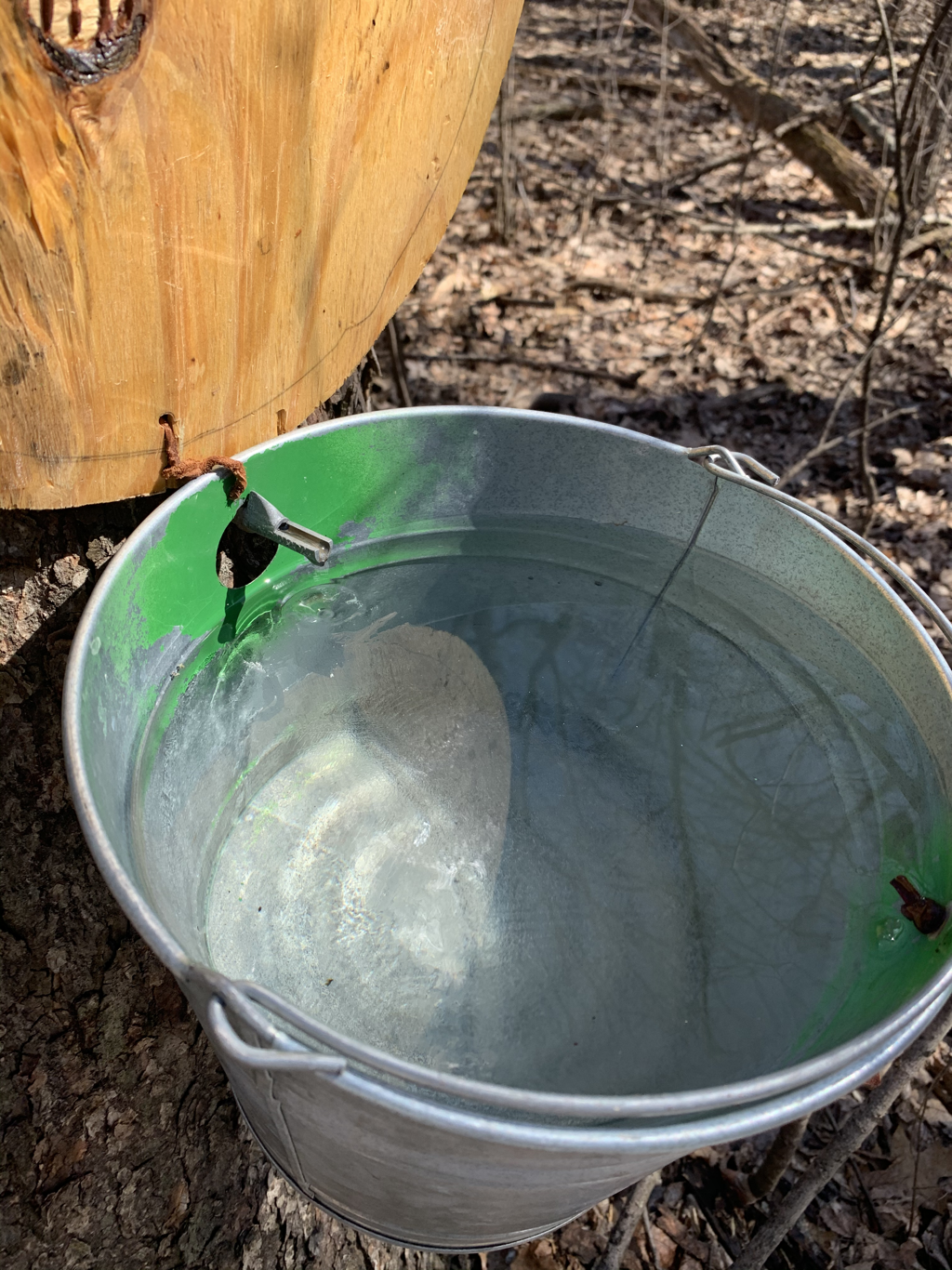 Bucket full of maple sap. Tiny layer of skin ice on top. It’s as clear as water and as liquid as water when it drips from the tree. March 2020. 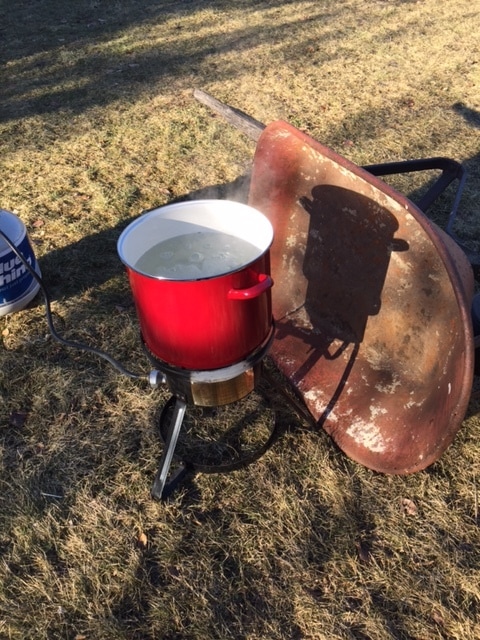 Step 7: As it boils, the sap will get darker. From my 4 gallons of sap, when I get down to about a half gallon I pour it from the big pot to a smaller pot on the stove top to have a controlled finish. 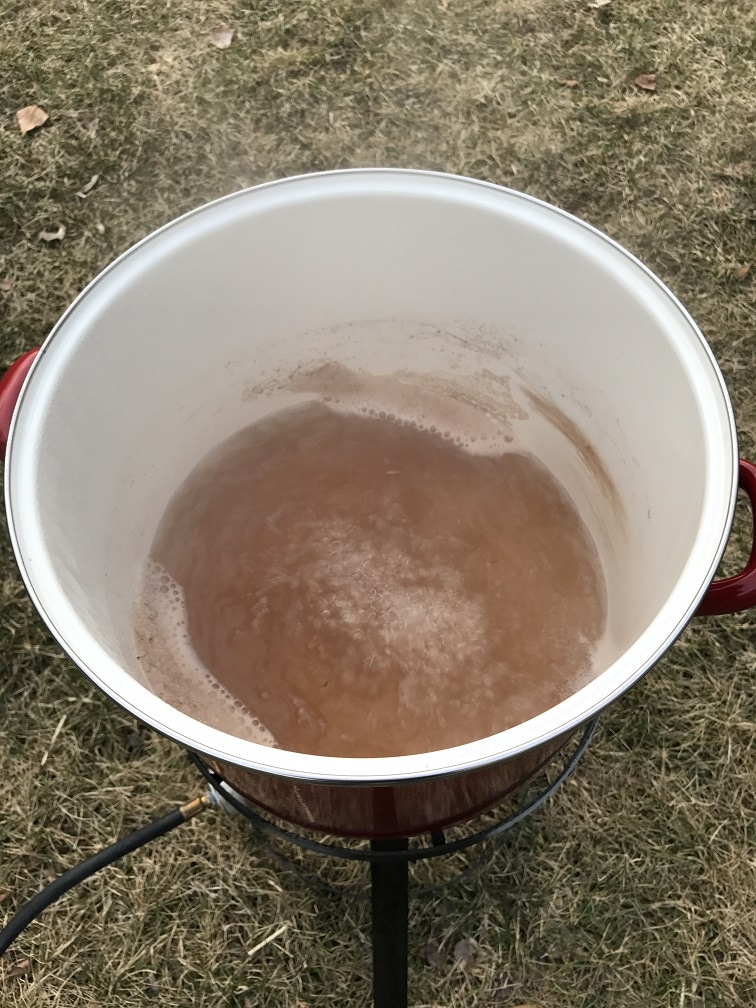 Sap, evaporated down low, to where it is clearly turning amber-colored. In this fancy pot, if the sap isn't watched close, it will be the pot that is wrecked, along with the syrup, so watch close that it doesn't burn. A big cast cauldron would be perfect.
Step 8: Filtering.  Maple syrup does not need to be filtered, but there will be micro solids, and maybe some bigger particles such as leaves or grass that may have blow in during boiling, so I prefer to filter the syrup.  Below I show a photo of unfiltered syrup, in which a layer of solids can be seen at the bottom of the jar, and also a photo or clear filtered syrup.   Experimenting over the past couple years I found that the syrup is thick and quite difficult to filter when it is fully reduced to its final thick state.  I have found that after reducing it down to a half gallon or so, it is still fluid enough to be easily filtered in a coffee filter.  So you have the benefit of filtering a small volume and filtering just before completion, along with the ease of not trying to filter thick syrup.   Expensive felt cone syrup filters are available, I use a coffee filter as shown below and I filter it boiling hot. 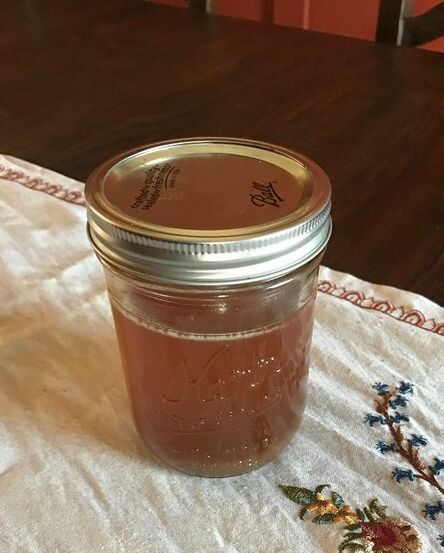 Unfiltered maple syrup, note the dark solid layer at the bottom, there are suspended solids also. 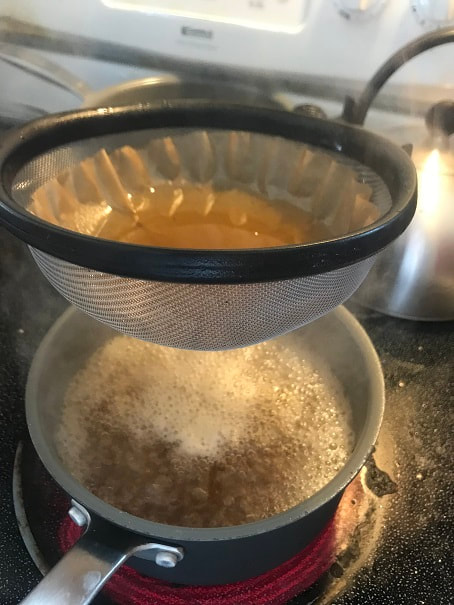 Filtering maple sap with a coffee filter, prior to final boiling down to finished syrup.
Step 9:  In the finishing stage, continue boiling down the sap carefully in a pot on the stove-top so as not to burn it. When it reaches 7 degrees over the boiling point of water, it's done. For me that's 217degF. 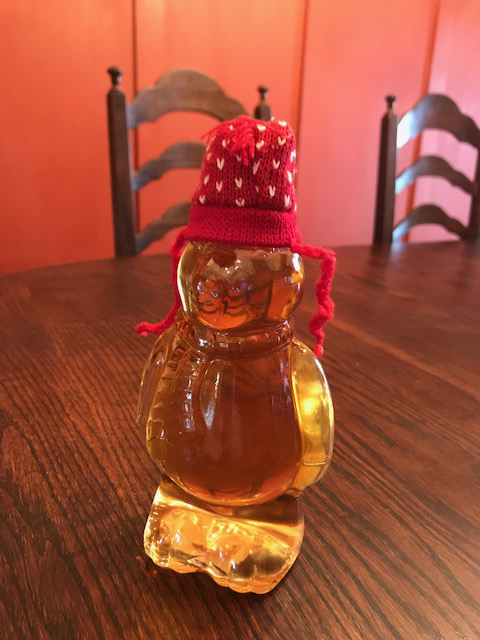 Pure Wisconsin Maple Syrup. There are many fun glass jars available, I like this one that looks like a bear. 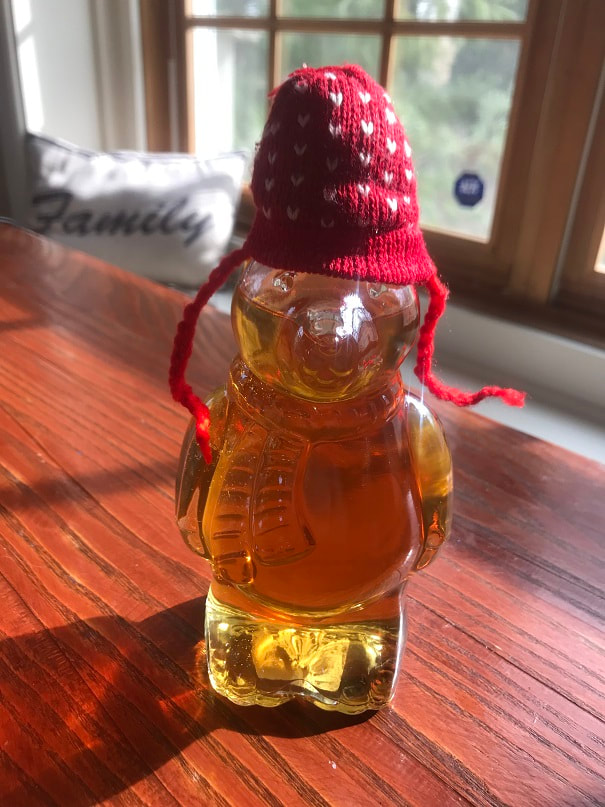 Here's a photo from this year, 2019, showing the nice clear maple syrup in the sunlight after using the filtering method noted above.