To the vast forests and cool-water lakes in the Northwoods of Wisconsin and Minnesota, hardy folk brought recipes and preparations from their Scandinavian homelands; one of those classic dishes is the Pickled Pike.  Here, I will show you how to make Pickled Northern Pike. 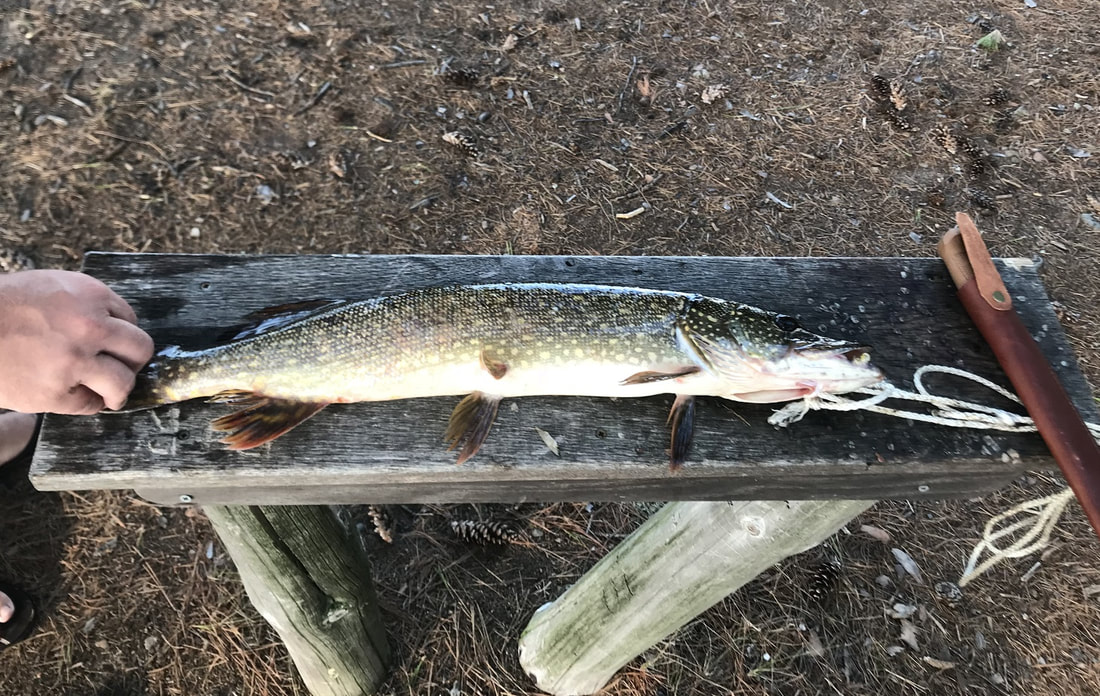 This little guy was from a quiet lake near Hayward, WI.

This recipe makes enough brine for three 1 pint mason jars which are loosely packed with fish and onions. Pike or walleye or panfish are all good fish options! Enjoy!

STEP 2: Fillet and skin the fish
STEP 3: Freeze the fillets for a week at a temperature of -4 degrees Fahrenheit or below. This is very important. Freezing the fish in this way kills parasites that may exist. From the University of Minnesota: “Those who wish to prepare raw pickled fish should first freeze the fish at 0 F for 48 hours.” This is not a cooked fish recipe, make this recipe at your own risk. 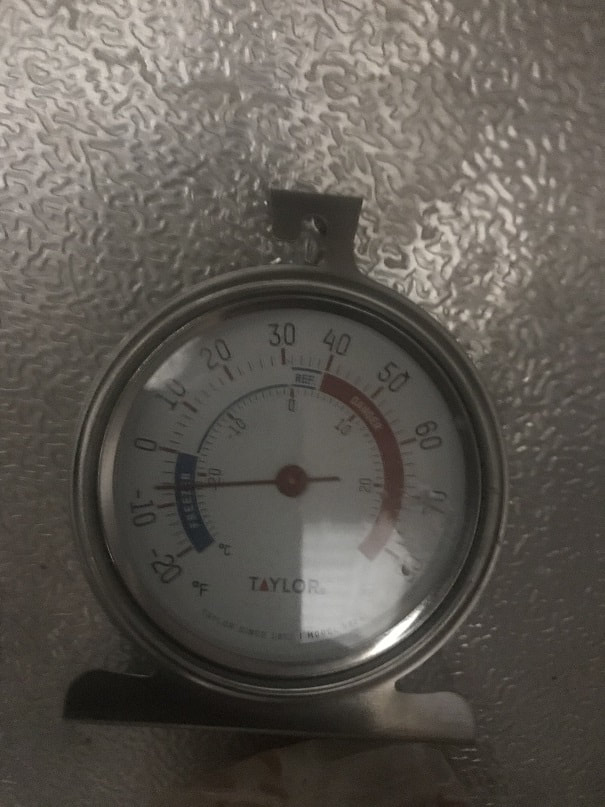 Use a freezer thermometer to verify that your freezer gets to -4 degrees F. My ice chest on the lowest temp setting fluctuates from -6 to -10 deg F. I leave the fillets in the freezer for a week.
STEP 4: Thaw the pike fillets in the fridge, and then cut them into 1" square pieces. 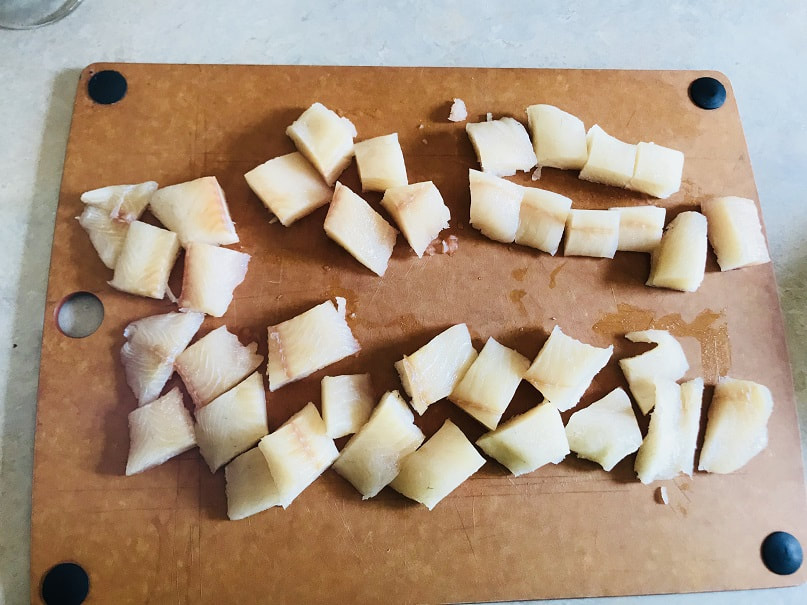 Northern Pike pieces, ready to begin the pickling process.
STEP 5: Salt brine: In a glass container or non-reactive ceramic bowl, dissolve 1 cup of pickling salt in a quart of water, when the salt is fully dissolved, put the pike pieces in the brine, cover and set in the refrigerator for 24 hours. 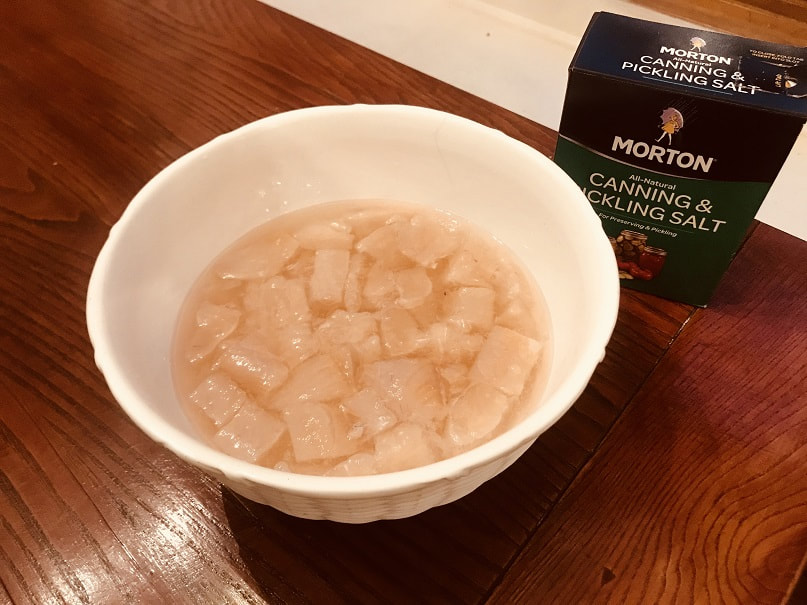 STEP 6: Vinegar pickling: Drain the salt brine completely and then pour white vinegar over the pike pieces until there is enough vinegar to completely cover the fish.  Cover the bowl and let it sit in the refrigerator for another 24 hours. 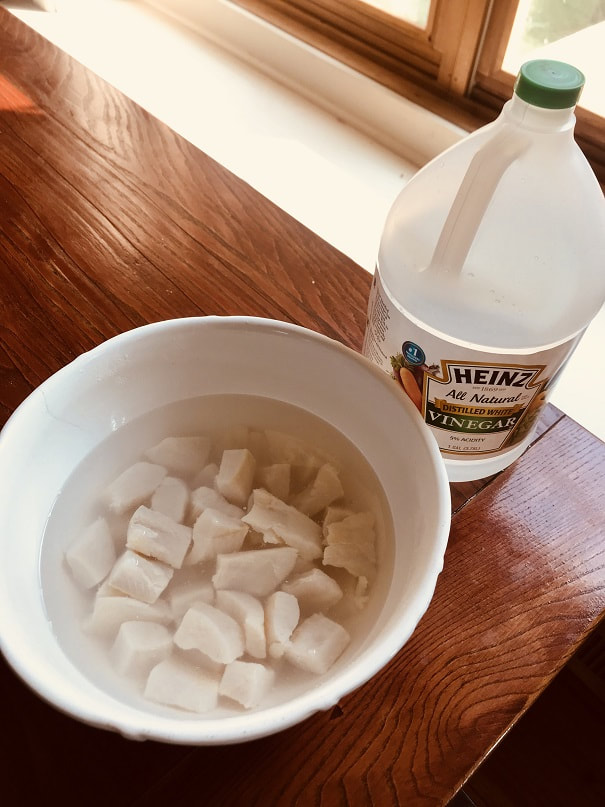 The pike has completed the salt-brine soak, and is now in the vinegar.
STEP 7: Pickling Brine: After 24 hours in the vinegar, you can begin preparing the pickling brine that will join the fish in the pickling jar.  Combine a 1/2 cup of dry white wine, 1 1/2 cups of sugar, and 2 cups of white vinegar in a pot.  Heat up the mixture and stir it until the sugar completely dissolves.  Then put this liquid in the fridge to cool it. 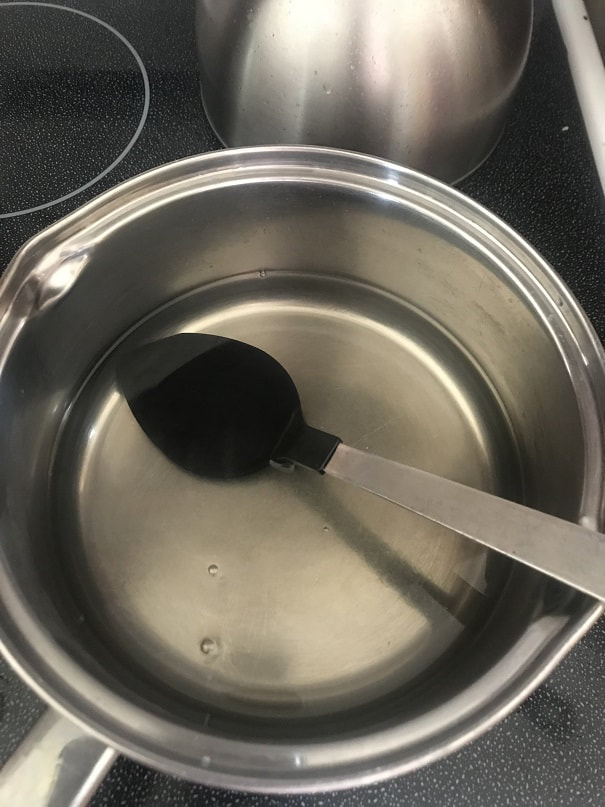 Pike pickling brine; here you can see that the sugar is completely dissolved in the white wine and vinegar.
Step 8: Drain the vinegar from the pike pieces. 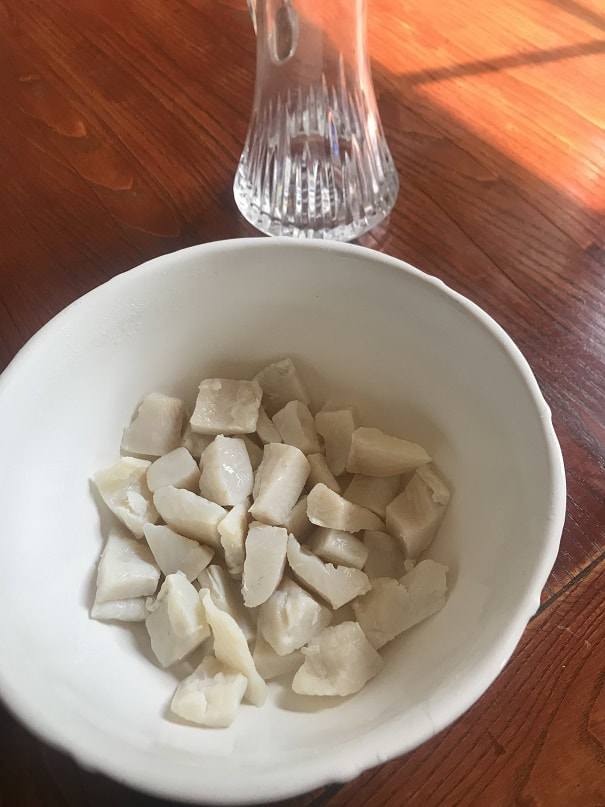 Northern Pike, after salt brine and vinegar.
STEP 8: Prepare the pickling spices.  Thinly slice a white onion.  Gather up whole mustard seeds, whole allspice, and whole peppercorns, and bay leaves.  Look at the photos below to see about how much I add.  There are many variations and different spices and ingredients such as peppers can be added, but this page shows what I find traditional and is what I like.  Some say not to use bay leaves, but I have a thing where I think bay leaves impart good luck to meals, so I include them in my pickled pike. 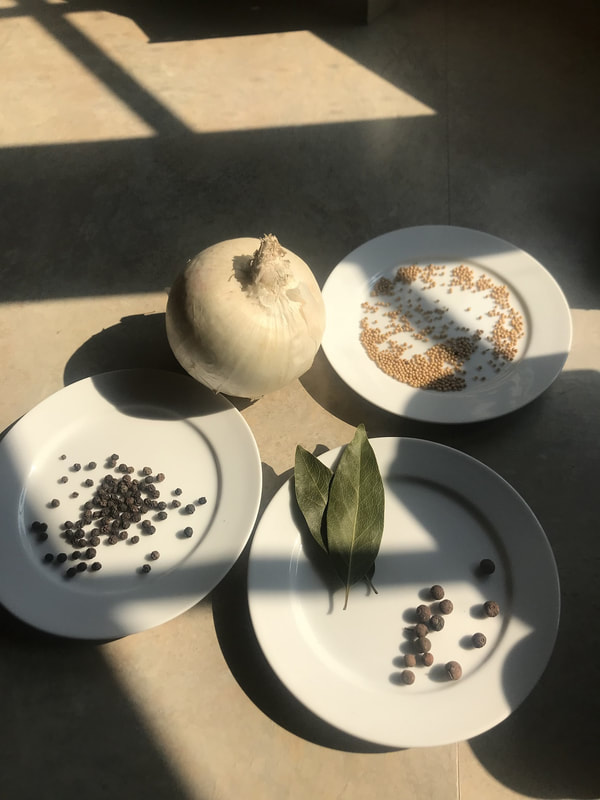 Pickling spices for pickled pike.
Step 9: Carefully fill a mason jar with the pike, onion and spices, all well distributed in the jar. Fill the jar with the cooled pickling brine (white wine, sugar, vinegar), close the lid and put it in the refrigerator. Give them three days to soak in the brine for flavor and pickling, and then enjoy on rye bread or a cracker with some fresh onion and a cold barley pop.

Always store pickled pike in the refrigerator, this is not a pickled product that can be stored in a pantry or basement. Keep refrigerated. I usually eat it before it has a chance to sit around for too long, but it should keep in the refrigerator for at least 2-4 weeks. 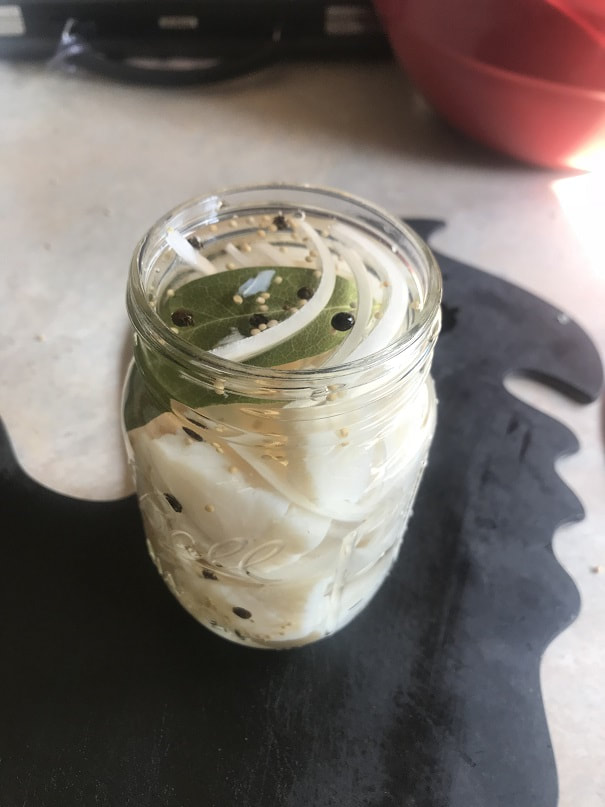 Pickled Pike in a jar 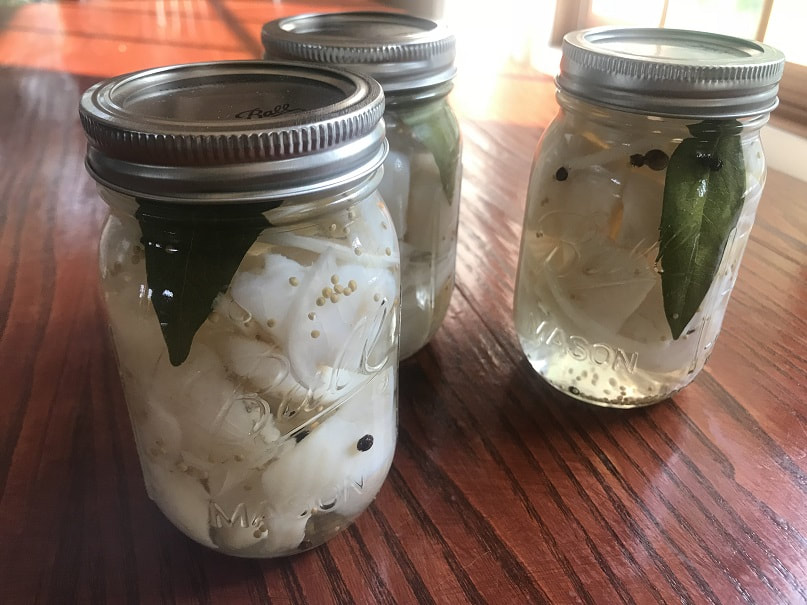 Pickled Northern Pike, in jars, ready to go into the fridge. Enjoy!